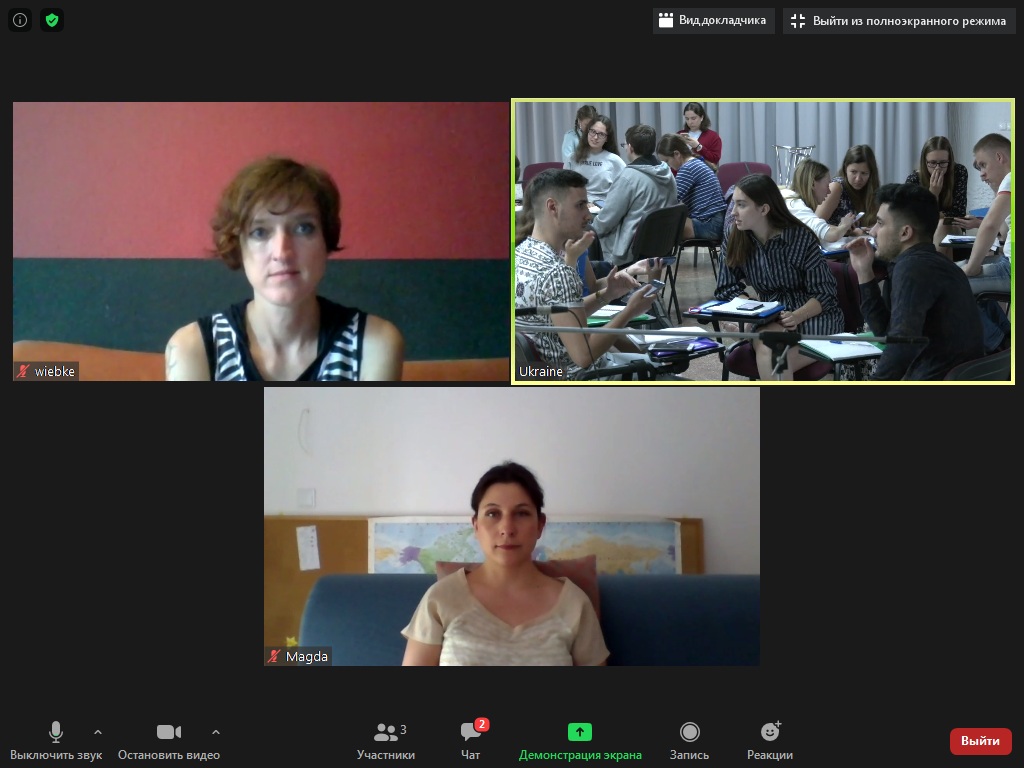 My participation in Together we can! Fair Skills Training (Chernihiv, July, 7-10) under moderation of Wiebke Eltze (Cultures Interactive e.V., Germany), Magdalena Swider (The Anti-discrimination Education Society, Poland) inspired me to think more deeply about the influence of social networks and different blogs in the context of discrimination. Anti-discriminaton approach in modern society especially in the light of today’s movements and protests might have a huge impact on changing social consciousness.

Very often the negative impact on people and the unconscious non-restriction of other people’s rights is caused by our ignorance of discrimination. We often take various stereotypes about a nation, their traditions or religion as a proper fact. Thus, we do not realize that stereotypes can be a catalyst for discriminatory processes, we continue to believe them, creating from these stereotypes prejudices that can lead to unwanted radical movements.

Many people on social networks seek to disseminate information that provokes viewers to various unconscious actions such as discrimination in their society, such as gender discrimination, racism, religious discrimination and others. Against the background of these views, the provocateurs want to incite groups of people to radical actions, to restrict the rights of others, to create a chaotic situation in society. That is why social networks in today’s world have both positive and negative effects on users. In order not to fall into the trap of provocateurs, we must be fully aware of discriminatory processes in society, have our own subjective opinion, which is based not on the ideas of those provocateurs, but on objective anti-discriminatory knowledge.

Therefore, the modern information world gives us many opportunities to learn new things, and form in us a more conscious understanding of such a concept as discrimination. But it is necessary to be able to distinguish true information from misinformation, which can lead to irreparable consequences in society. Social networks and blogs play an important role in combating discrimination by disseminating anti-discrimination information to users. But before accepting such posts on social networks (which are often subjective judgments), we must be armed with fundamental and objective knowledge of human rights, women’s rights and others.